Description of the ten days Grand tour in Greece

Athens Taxi will drive you along the coastal road of the Saronic Gulf until we reach the Corinth Canal where we will make a short stop to take in the breathtaking view of the Isthmus. Shortly thereafter we reach and visit ancient Corinth where St. Paul lived and preached. Back in ancient times, Corinth was amongst the richest cities and this is quite evident by its remains, including the large ancient agora (marketplace) and Apollo’s Temple (6th C.B.C).  We will visit the Isthmus at the site of the ancient port of Kenchreai where St. Paul disembarked when he arrived at Corinth. We will visit MYCENAE, the remains of the ancient city, including the Lion Gate, the tomb of Agamemnon, and the Palace. Then we’ll drive through ARGOS onto NAFPLION. After lunch, Athens Taxi will drive you to EPIDAURUS and its ancient Epidaurus theater, famous for its remarkable acoustics. We will return to Nafplion overnight. 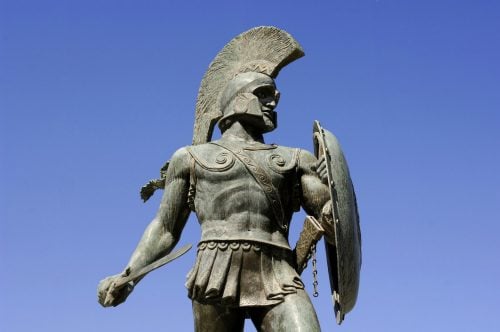 After having breakfast at your leisure, we will drive in the morning with Athens Taxi to Diros.

Experience the Caves of Diros in Vlyhada. See the featured fossils, stalagmites, and stalactites dating 2 million years back in a unique place that is considered one of the greatest caved lakes in the world.

Next visit the legendary Sparta reach in history and achievements.

Athens Taxi will take us to Messene, an ancient city founded by Epameinondas (c.369 BC) under Theban auspices to be a capital and fort for the Messenians, who had been freed from Spartan domination after the battle of Leuctra. The ruins are well preserved, most notably of the city walls dating to the 4th cent. BC. The modern city of Messíni is at some distance and is highly developed. We will overnight at Messini or, a nearby town.

Athens Taxi will drive you to the city of Ancient Olympia, the birthplace of the Olympic Games. Despite being secluded near the western coast of the Peloponnese, Olympia became the most important religious and athletic center in Greece. Olympia is a unique place, featuring lush greenery and a vast array of monuments and landmarks. The most important sanctuary of Zeus is situated here, as well as the Altis and the original stadiums of the Olympic Games Ancient Olympia has been the center of attention during the ancient years, and still today is the departure point of the Olympic Flame that is lit here, every four years prior to the new festival. The starting line in the original Olympic stadium is still visible, take your position, and run this historical course, competing with the athletes of the past, or simply some of the numerous tourists that visit this area. Your sightseeing tour also includes a visit to the Olympia Archaeological Museum and the Museum of the Olympic Games, where artifacts and collections related to both ancient and modern Games are housed. Overnight.

In the morning Athens Taxi Tours will drive you from the Peloponnese to the other side of Greece (West Greece) cruising the ocean (20minutes) and admiring the new bridge from Rio to Antirio. We’ll head on through a spectacular landscape to Delphi. We’ll overnight in Delphi.

Drive with Athens Taxi to ancient DELPHI, the ancient sanctuary of Apollo. Visit the Delphi Museum where one can see among other archaeological treasures, the unique Bronze Charioteer, then proceed through the sacred way to the Athenian Treasure House. Visit the Temple of Apollo. Overnight in Kalambaka a picturesque mountain village, the meeting place of the world culture, built on the southern slopes of Meteora.

In the morning Athens Taxi tours will drive you to the breathtaking METEORA and its monasteries built on the top of high rocks. The visit included the World Heritage Sites of UNESCO.

Driving through central Greece we’ll stop in the valley of Tempi, which was dedicated to the god Apollo. It was a large fortified settlement used by both Romans and Byzantines. Today, you can see the ruins of the fortress and the temple of the gods. Our next stop will be the gorgeous Zagorohoria located in northwest Greece, with its traditional Western Greek Architecture. The stone bridges and cobblestone paths, maintained in excellent condition, are the trademark of this region. You will overnight at Papingo, and we guarantee you will be amazed by the relaxing and rejuvenating feeling as well as the beauty of the place.

Next morning Athens Taxi will drive us to the Gorge of Vikos, the deepest Gorge in Europe. Outdoor activity clubs and trekking groups visit this impressive area, traveling from all over the world to cross it. Our next stop is at the Cave of Perama, in Ioannina, the largest cave in Greece and one of the largest in Europe, covering a total area of 14,000 sq. meters. It is located 4km from Ioannina, in Perama, at the foot of Mt. Goritsa. Follow the main road of Ioannina to the north, the 20/E90. At the northern end of the city is a turnoff right towards Metsovo, Trikala, Larissa, 6/E92. Perama is the first village after about 2km.

The Cave of Perama was discovered in 1940 by a resident of the village who was looking for a shelter to avoid bombardments during the Greek-Italian war.

In 1951-1955 the speleologists IOANNIS PETROCHEILOS and ANNA PETROCHEILOU explored the cave and discovered teeth and bones of ancient cave bears.

This Athens taxi private tour will take you inside the caves where you can see fossils and remains from the prehistoric Era and impressive murals dedicated to the Gods of the Underworld, Pluto, and Persephone. Free evening in Ioannina. You will enjoy your dinner (optional) over the lake with its magnificent view of the island in the lake. Overnight in Ioannina.

In the morning we will depart at our leisure from unforgettable Ioannina and Athens Taxi will drive us through Igoumenitsa- Parga – Preveza offering the opportunity to enjoy the beautiful Ionian Sea waters and some of the Ionian Islands. Visit & overnight at the wonderful town of Nafpaktos.

In the morning, after breakfast, we will continue our private tour cursing the sea and admiring the Rio Bridge and the Corinth Canal and we will return to Athens in the afternoon.